John is a graduate of West Texas A&M University where he received a Master of Music Performance in Choral Conducting degree and a Master of Arts in Teaching degree. He received a Bachelor of Science in Music (voice) with a minor in Music Composition from Eastern New Mexico University. He is currently in his first year as Head Choir Director at Victoria East High School. John moved to Victoria from Friona, TX where he was Music Director at Friona United Methodist Church and Choir Director and Assistant Band Director at Friona High School.

Jim was called in August 2007 as organist and to lead the Trinity Church adult and children’s choirs. Jim plays the piano and Trinity’s grand organ. 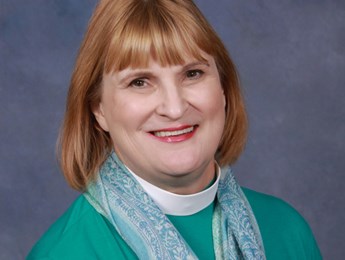 Bonnie graduated from the University of Mary Hardin Baylor in 1992 with a Bachelor’s in Business Administration in Accounting.  She earned the designation of Certified Public Accountant in 1993 and completed her Master’s in Business Administration in 1998.  After working in private industry for over 20 years, Bonnie felt called to ordained ministry.  She attended the Iona School for Ministry, completed her fieldwork at Trinity, was ordained in June 2016 and currently serves six small rural churches in the area. Bonnie is married to Don Reeves. They have one son, William Reeves who is married to Deann, and have two grandchildren, Rebecca and Douglas.  Rebecca is a 2016 graduate of Trinity Episcopal School.

Ilene started at Trinity as administrative assistant in March 2016. She is the contact person for central information for the church such as scheduling, pastoral care, altar flowers and newsletter editor.

Give Online.
Click here to donate to Trinity Episcopal Church.